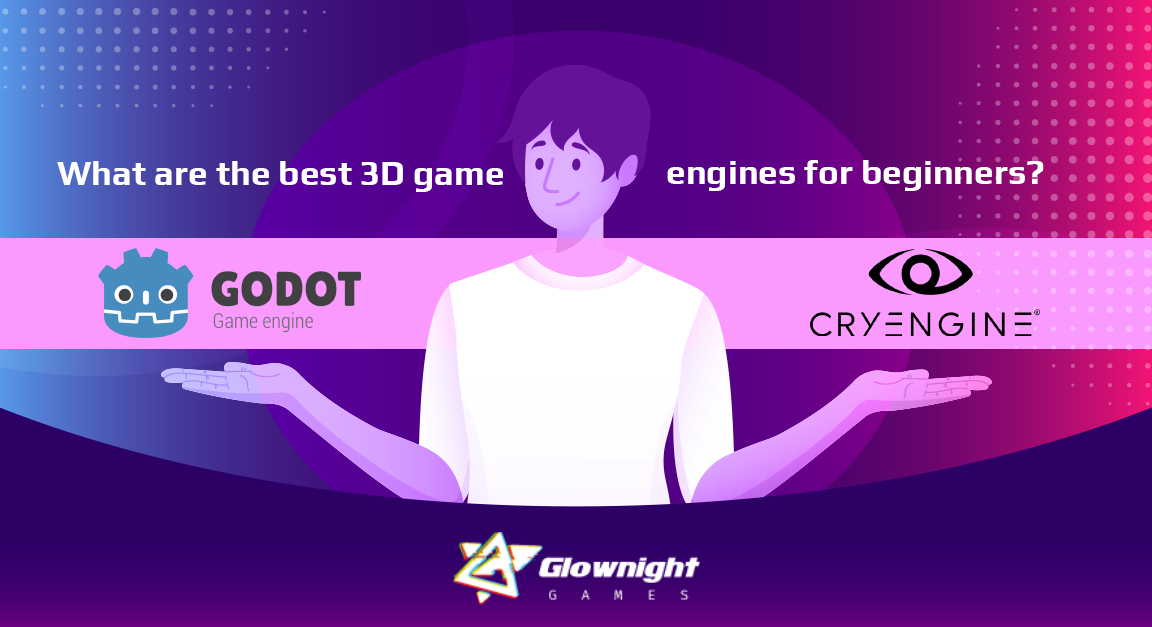 
As the technology is emerging everyone is looking for the best 2D and 3D game engine. Before that, we should understand the basic concept of the game engine. A game engine is the module that game developers use to run the game where the components are reusable to build the framework of the game. As a whole architecture, it focus on the unique elements like character models, textures, how objects interact, etc. Let’s dive in more deeply what are the best 3D game engines for beginners:

The first in my list is Unity. Because the Unity game engine is one of the most popular game engines. Unity has a real-time platform powered by multiple tools and services. There is no doubt it is one of the best game app development tool, designed from the start to ease creation.

One of the major benefits is Unity supports both 2D and 3D development with features and functionality for your specific needs across genres. There are several 2D Game Development Company in the market to provide you the best in the industry. Moreover, Unity provides the free personal edition with all features, there are 25+ platforms across mobile, desktop, console, iOS, Android, TV, VR, AR, and the Web.
Godot Engine

Godot is a free-open source game engine that provide a huge set of common tools. By default it has an MIT license, doesn’t charge any royalties and extra attachments, just go down to the last line of the code engine.

It has several built-in nodes that make your game designing easy. Here you can customize the game behaviors including editors and so on. It works on different OS such as Linux, FreeBSD, OS X, etc. However, the editor runs in 32-bit and 64-bit, on all platforms.

With CryEngine, you can develop the most powerful game engine in the industry including the strong and creative tools for your world-class gaming experiences. Don’t worry about budget or team size, you can easily access the full source code hassle-free. It has a strong development community and clear detailed documentation, and, a wide range of assets for your game app projects.

Duality is used for modular 2D game engines and has its visual editors. It is backed by OpenGL, entirely written in C#. The major benefit is your primary job is to define objects and specify their behavior because it can manage all the rest.

Armory is one of the best open-source game engines that integrate with the 3D animation software blender, and that is why it is very popular in the 3D open source community.

Most indie developers prefer to use Blender and Armory solves the issue of having a bounce between programs to develop games.

You will get multiple examples to get started, including a twin-stick game and third-person character demo. Know Blender before learning Armory and its exhaustive list of tools

Unreal has made great games like pubg, Fortnite, Player Unknown Battlegrounds. Unreal allows you blue script, so it is not compulsory to learn c++ but unreal is harder than unity. Its requirements are 8 GB ram, etc. Check it on the requirements of unreal engine. Unreal Engine 4 is one of the most popular as Unity game engine and helps you to make stunning high-quality games app development services.

One of the major benefit is the user friendly game engine where game developers can create easy behavior and write a single line of code. It has a cross-platform support for both 3D and 2D games. There are several 3D Game Development Company in the industry provides you best Unreal game engine services.

Unreal has its asset marketplace where users can find models and tools to use in their projects. Unreal does feature quality content, however it’s not a robust engine as Unity’s asset store.

From above we have seen why Unreal is the best 3D game engine for beginners. I would say just go for it because you will never go wrong tying Unreal and learning this platform inside-out. You can use Unreal for any game so what you learn here can carry over to practically any other game engine. Enough for now. If you want to learn more about Unreal, Glownight Games is a leading Unity game development company that offers its clients a comprehensive and exceptional array of game development services aimed at delivering the paramount quality engaging games.